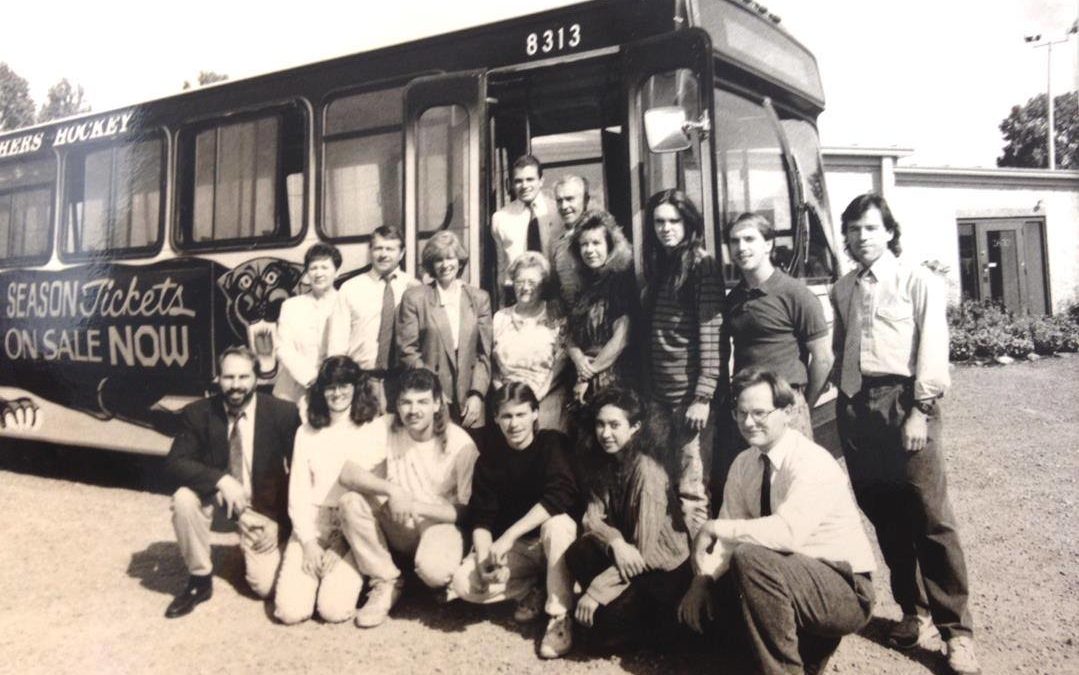 Rick Santos always knew that he wanted to start his own business.

He considered founding an aluminum manufacturing business, but he was unable to secure adequate funding. That’s when the famous Henry Kaiser’s credo came into play for Rick: “Find a need and fill it.” Finding that need on a shoestring budget led Rick to begin selling hockey equipment, skates, and team sporting goods. A pro shop named Super Sport in the Glenwood Ice Rink was where it all began in 1974.

The second Super Sport location opened in the Summit Plaza in 1975. Business was expanding and we were excelling at uniforming teams, but we were relying on outside vendors that were not always dependable. This did not align with our “make them happy the first time” credo, which led us to purchase our own screen printing equipment. Did we know everything about screen printing back then? Absolutely not. But we learned quickly and used creative ways to manufacture quality products.

With continued growth, the business moved to a renovated building on 12th Street. Fast forward six years to 1991, and the decision was made to move away from sporting goods and focus our full attention on screen printing. We had yet again outgrown our space and moved to our current Millcreek location.

Shortly after moving into our new building, we undertook two new ventures: promotional products and embroidery. Continued success led to a new addition to our building in 2004, which is now our robust production area. Rick made the decision to retire in 2007, but the family legacy continued when Rick’s sons, Jeff and Ron Santos, assumed the roles of co-owners.In the more recent years, we have expanded by purchasing Tom Sanner T-Prints in 2011. It is now a satellite location of Creative Imprint Systems in Harbor Creek. We then continued our expansion in 2016 by adding another location in Meadville. On average we have 45 fantastic employees, a big difference from when we first moved into this location with only nine employees! We continue to stick to the same values we’ve had from the beginning: Delivering quality products and putting the customer first. In conclusion, we are ready for 2019 and beyond!